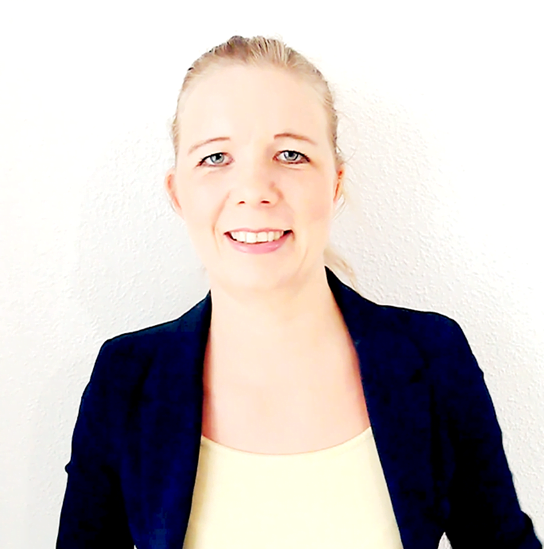 Minja is very busy and energetic as a person, and while the basics are really okay, Minja uses superfoods, healthy homemade food and raw food, and of course high quality supplements, herbs and amino acids. However, sometimes regular sports and long days may make her feel tired after lunch. “If I hadn’t taken my vitamins then the fatigue would have come as early as 10am to 11am. In many cases, sales or customer service is a big responsibility that requires a lot of precious energies.

Many Times People Tend More For A Cup Of Coffee.

In Situations Like This! Do You Know What Coffee Does To Your Body?

Coffee momentarily raises the energy level, but even less lower than it was before taking the coffee. This is because coffee “wipes out” the amino acids necessary for the production of our mood and hormones, just like sugar, aspartame and drugs do.

In addition, coffee is sour, so your body will now corrode your bone stores to keep your body alkaline and not digest your entire mineral store. In addition, this causes you to lack other minerals, you can start getting arrhythmias and your nails, hair and bones will weaken.

Many Coffee Drinkers Say That Coffee Is So Good!

I Can Tell You That So Is E9

E9 Focused on Energy! tastes like Piña colada and in addition you can make it a really good sports drink by mixing Foodin’s Celtic sea ​​salt. Salty and sweet together is an absolutely awesome combination!

Is clearly a better option than coffee for several reasons.

The E9 energy drink effectively promotes normal energy production in our body, and because of that it does not remove amino acids but in fact the effectiveness of E9 is based precisely on the fact that it increases the missing amino acids, vitamins and herbs that speed up metabolism. I haven’t seen anyone who wouldn’t really wake up after E9, the ones most sensitive should even be careful about just taking ½ bags or ¼ bags especially the first time.

Arginine is an amino acid that a healthy person needs relatively much. The liver and kidney produce a certain amount of arginine but not always enough.

Arginine has boosted the whole body’s microcirculation in all participants of placebo controlled tests. Our body’s blood circulation, blood pressure, platelet function, energy level and immune response benefit from arginine, as L-arginine is used to produce nitric oxide in the body.

The best nutritional sources of arginine are e.g. nuts, sesame and sunflower seeds, corn, whole grain rice, mushrooms, rye bread and onions. Meat also contains arginine, but it is very poorly absorbed for the benefit of the human body. Many studies have shown that L-arginine is needed e.g. for erection, and most of the arginine is used for muscle power production. Arginine is an essential precursor to creatine, which increases the anaerobic strength of muscles and is also involved in the functioning of the immune system.

Creatine produced by the body itself is more effective than eaten as a supplement, and some nutritional studies have shown that ingesting arginine has produced a better muscle response in the body than ingesting creatine. Decreased nitric oxide production is behind many conditions. Many diseases, inflammatory diseases, and visceral fat lower arginine stores. Stress also consumes arginine, which in turn causes fatty liver and further insulin resistance. Arginine is a safe dietary supplement for everyone but especially for athletes, the elderly, the sick and the stressed.

Isoleucine acts as one of the amino acids in the branched chain, and is especially needed for physiological functions throughout the body, such as growth, immunity, protein metabolism, fatty acid metabolism, and glucose transport. Isoleucine can improve the immune system, including immune systems, cells, and reactive substances.

L-leucine is one of the essential, branched-chain amino acids that must be obtained from food, as the human body is unable to produce them itself. L-leucine is involved in protein synthesis. It is considered to be the single most important amino acid in muscle mass growth.

Has several roles in human bodies, primarily proteogenesis, but also collagen cross-linking of polypeptides, essential mineral nutrients intake and carnitine production, which is the key in fatty acid metabolism. Lysine is also often involved in histone modifications and thus affects the epigenome. The E-amino group is often involved in hydrogen bonding and as a common base in the catalyst.

Tyrosine is a precursor to many hormones and is formed from phenylalanine, whereupon it is converted to L-tyrosine, which is converted by the thyroid gland to tyrosine.

Tyrosine is needed to make thyroid hormones (triiodothyronine (T3) and thyroxine (T4)) and catecholamines (dopamine, noradrenaline and adrenaline) – it acts as a precursor to these hormones. It greatly affects our energy level and as a result the immune system functions.

Muscle Support. L-valine is used in muscle metabolism and to repair muscle tissue. It is also used to regulate the level of nitrogen in the body.

One of the most important functions of glutamine is its role in the immune system. It improves the function of your brain and colon, they’re connected in Chinese medicine. It is a critical source of fuel to immune cells, including white blood cells and certain intestinal cells.

This amino acid the body, on the other hand, is capable of self-manufacturing so it is called a semi-necessary nutrient. In case you have deficiency of this amino acid, the first tissues to suffer from it are such as bone, muscle and skin. Therefore, we need to get glycine from our diet to keep ourselves healthy.

Taurine also regulates the electrical activity of muscles, the heart and the brain. Athletes use taurine to reduce ammonia production. It has also been used for anxiety, panic disorder and nervous tension balancing. Inulin which is a prebiotic. Prebiotics are food for probiotics, so they promote the growth of so-called good bacteria in the bowels. Degradation of inulin by colonic bacteria produces carbon dioxide and methane.

In addition, it contains a wonderful composition of effective herbs such as

Guarana Seed Extract: Guarana is packed with compounds with antioxidant properties. These include caffeine, theobromine, tannins, saponins and catechins. Actually guarana has a similar antioxidant profile to green tea. In addition, it can promote learning, improve mood, help lose weight, cure diarrhea and help with constipation due to tannins. In the Amazon, guarana has been used as a painkiller for a long time.

The green tea plant contains several healthy compounds that make it super good for health. The tea is rich in polyphenols, which are natural compounds, very useful substances that e.g. reduce inflammation and prevent cancer. Green tea contains a catechin called epigallocatechin-3-gallate (EGCG). Catechins are natural antioxidants, which prevent e.g. cell damage. These substances can e.g. reduce the formation of free radicals in the body and protect cells and molecules from damage. Free radicals age and degenerate the body. Green tea also contains small amounts of minerals that can benefit your health.

Root Extract Ginseng has been used in traditional East Asia folk medicine for several thousand years. Ginseng strengthens the immune system and produces vitality. In addition, several clinical studies on it have found that it improves blood circulation, which in turn affects e.g. brain function. Ginseng is one of the oldest and most studied herbs in the world. It is native to the mountainous regions of Manchuria and Korea in particular. It is cultivated in China, Japan, Russia and Korea. The plant takes advantage of its roots, however, the plant must be up to 4-6 years old.

Maca is a real superfood. Maca is an adaptogen that e.g. eliminates the side effects of stress. This root activates sex desires. Maca, which raises the body’s energy level, also increases the body’s ability to fight in challenging conditions. It is very effective for exercisers and athletes because it increases endurance and performance.

Xanthines: These compounds act as stimulants. They contain caffeine and theobromine, which are also found in tea, coffee and chocolate.

Caffeoyl derivatives: These compounds are the most important health-promoting antioxidants in tea.

Saponins: These bitter compounds have certain anti-inflammatory and cholesterol-lowering properties.

Polyphenols: This is a large number of antioxidants that eliminate the risk factors for many diseases.

Interestingly, the potency of yerba mate tea antioxidant appears to be slightly higher than that of green tea. It can protect against inflammation, improve physical performance, help lose weight and remove fat from the abdominal area. May lower blood sugar.

Acai berries have unique properties, they are high in fruit fat and low in sugar. 100 grams of frozen fruit meat has the following nutritional amounts: it contains up to

According to a Venezuelan study, acai berries also contain some other trace elements such as chromium, zinc, iron, copper, manganese, magnesium, potassium and phosphorus. But some of the most effective health effects of acai are plant compounds.

The most notable of these are anthocyanins, which give the acai berries a deep purple color and act as antioxidants in the body. That is why acai has the reputation of super food, it may strengthen your body and be helpful in conditions such as arthritis, weight loss, high cholesterol, erectile dysfunction, skin appearance, detoxification and general health.

Aloe Vera leaf contains mucous tissue that stores water, and this makes the leaves thick. This fabric is a water-filled “gel” which people associate with Aloe vera products. The gel contains most of the plants’ useful bioactive compounds, including polyphenols. These polyphenols in combination with a number of other compounds of aloe vera inhibit the growth of certain bacteria, which can cause infections in humans.

Aloe vera is trusted and its antibacterial, antiviral and antiseptic properties are widely known. Because of this, it can help heal wounds and treat skin problems. Aloe Vera contains 75 potentially active ingredients: vitamins, enzymes, minerals, sugars, lignin, saponins, salicylic acids and amino acids. It contains vitamins such as A (beta carotene), vitamins C and E, which are antioxidants. It also contains vitamin B12, folic acid and choline.

Delicious and fresh E9 offers you in the same package a collection of amino acids, herbal extracts with incredible health effects, as well as several vitamins: vitamins B12 and B6, riboflavin, thiamine and pantothenic acid.

The product itself is low in calories and the effective interaction of the herbs makes your metabolism work and brings you a lot of energy.

Stimulate yourself in a healthy and natural way and you can feel strong and very functional again.

There are numerous unhealthy options on the market that can have similar effects on your body as coffee, sometimes even worse.

When you want to stay attentive, focused and energetic, make yourself a bag or half of E9 and feel how you change the best version of yourself!

Due to the high content of caffeine and body invigorating properties, this product is definitely not suitable for everyone. Ensure product suitability by external analysis and muscle testing.

Qi-optima Recommends Do not use this product if

In this case, it may cause nervousness, irritability, sleeplessness and occasionally an increase of the heart rate. This product is not recommended for children.

If you feel that the product is just for you, order it now here click the picture 🙂 If you want to sell yourself Synergy Worldwide products, log in as a reseller here: click the picture This site uses Akismet to reduce spam. Learn how your comment data is processed.

We Believe in blogging as a regularly update of qi-optima’s page every month, so it can be used for personal information or to fulfill a business need.